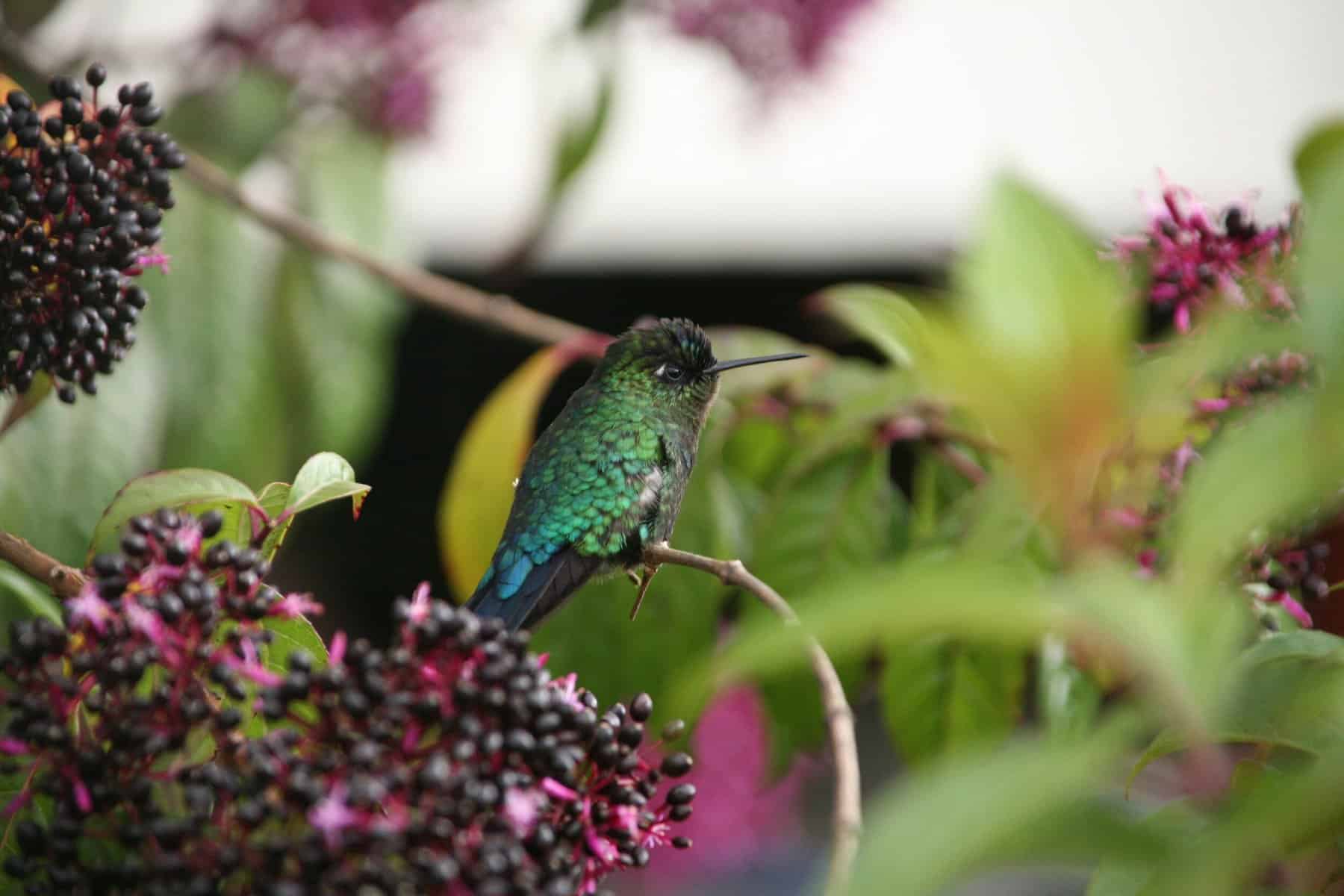 Back in 2016 I was working as an intern at a field studies program in Costa Rica. During the semester we traveled with the students and professors to field sites where they were taught about environmental conservation and how to conduct field research surveying wildlife, collecting samples from field sites, or even interviewing communities.

At the end of the spring quarter, I was able to accompany our director and a small group of students to support them on a research project to collect data from hummingbirds and the flowers they feed from in Cerro de la Muerte, Costa Rica. While Cerro de la Muerte means “Mountain of Death” in Spanish, the environment is anything but. In fact, the area contains 2 preserved forests and several different ecosystems.

With wet rainforests and stunning beaches making up some of the more well known and justifiably beautiful parts of Costa Rica, it was still an incredible experience to see the cloud forest and premontane ecosystems that help make this country so biodiverse.

This post may contain affiliate links. If you choose to make a purchase, we may earn a small commission at no extra cost to you. Thanks for helping us support this site to bring you more guides like this one!

We collected and recorded data for a week near a popular roadside stop called El Restaurante La Georgina, with extensive gardens and bird feeders that were popular among the hummingbirds. We also hiked up to the páramo to a second field site.

If you haven’t traveled to Costa Rica yet, check out our post for over 30 useful and fun slang words in Spanish you can learn before your trip!

After arriving to our accommodations at La Georgina, we spent the first day resting and allowing our bodies to adjust to the higher altitude of Cerro de la Muerte. At elevation, the air is thinner and less oxygen is readily available, so it is common to feel tired, sluggish, and exhausted. Taking a day or two to allow your body to adjust to a higher elevation, which can be anywhere above 8,000 feet (2.4 km), can reduce the possibility of getting altitude sickness. Having lived at or below sea level for many years, I knew that I would be affected by the high elevation, but I was surprised how intense the effect was on my body. Even walking up a small hill from our accommodations to the restaurant on the property took most of my energy.

It was also surprisingly much colder than I ever anticipated feeling in the tropics. Luckily for me, when I had written to my grandparents asking for wool hiking socks for Christmas, they had sent me the thickest possible socks they could find. At first I thought they would be much too hot for Costa Rica’s tropical climate, but it turns out I was wrong when it comes to the páramo. These came in handy at night, when I was sleeping under heated blankets, with leggings under my sweatpants and a space heater at the foot of my bed. It was COLD!

In order to support the various direct research topics the students were working on, we worked as a group to collect data in a few different ways. We started out the first day observing hummingbird behavior at the bird feeders the restaurant has put out to attract them for tourists to view. The students would tally the number of instances that birds fed from the feeders, as well as the instances that a feeder was defended. Hummingbirds can be territorial, so sometimes they will fend off other potential “threats” from eating at their favorite flowers or feeders. I helped by running a timer for each counting session so the students could focus on collecting the data, and I also snapped photos while they were working.

There are at least 50 species of hummingbirds in Costa Rica alone, and four of those can be seen at Cerro de la Muerte. The most common is the Fiery-throated Hummingbird, which you can see in most of the photos here. These have almost a rainbow of color reflecting the light in their feathers, with a bright red spot under the bill. The second most common and the largest is the Magnificent Hummingbird. These have prominent white dots behind the eyes and males can reflect teal and purple light in their feathers. The Green Violeteared Hummingbird is more rarely seen, but easily identified by their curved bill and bright green body, with the namesake violet spot on the ears. Finally, the most shy and smallest hummingbird is the Volcano Hummingbird, which I did not capture a photo of. These are small, gray green hummers which blend in perfectly in the brush of the páramo where they live.

Our second research site was located at a higher altitude called the páramo and part of the area was known as an elfin forest. You couldn’t help but imagine a Lord of The Rings scene seeing the twisting trees covered in thick blankets of moss and lichen, as you are squinting to catch a hummingbird passing through. Though we hiked up to this area for 3 days in a row and set up a mist net to safely capture and observe hummingbirds, we only observed a single Volcano Hummingbird at this field site, and we were never able to capture her. We did, however collect pollen and nectar level samples from the few flowering Paintbrush shrubs to add to our data.

Hiking in the Páramo

We took a break on the next to last day to hike up to a viewpoint. Like most days in the páramo, it was covered in fog so we were nice and cool hiking. Now that we had been at a higher elevation and hiked up to our second research site for multiple days, this hike was easy and enjoyable. We reached the top in around 20-30 minutes and hung around a bit to enjoy the views before heading back down. Though everything was covered in a low hanging cloud, it was still incredibly beautiful, even if a bit mysterious to behold.

Students took samples of pollen shapes from most of the types of flowers around the garden. Using the mist nets, we caught hummingbirds, and part of the data collected was pollen samples from their beaks. Students observed both of these under microscopes and saved the images by drawing and photographing what each bird and flower pollen samples looked like, in order to later compare them and hopefully by comparing the two, gain some insight into patterns of the birds.

Spending a week in the páramo at Cerro de la Muerte Costa Rica hiking and getting to study hummingbirds was an incredibly memorable experience that really started a love for these birds in me that lives on today. I even have a hummingbird feeder outside of my city apartment so I can see the Anna’s Hummingbirds from my third story window. One day I hope to return to Cerro de la Muerte park and do some more hiking, seeing wildlife, and spotting some hummers.

Have you ever gone birdwatching, either at home or on vacation? Do you have a favorite type of wildlife you like to spot when you are hiking and traveling? Leave me a comment and let me know! 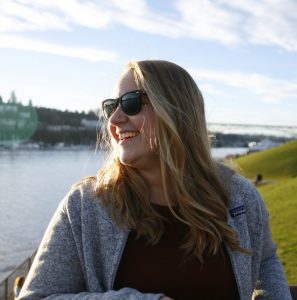